Ought we not hope for the final reconciliation of all the wronged and all wrongdoers alike, even if it means spending eternity with perpetrators of evil? We live in an age when it is generally accepted that past wrongs - genocides, terrorist attacks, bald personal injustices - should be constantly remembered.

But Miros Can one forget atrocities? But Miroslav Volf here proposes the radical idea that letting go of such memories - after a certain point and under certain conditions - may actually be the appropriate course of action. While agreeing with the claim that to remember a wrongdoing is to struggle against it, Volf notes that there are too many ways to remember wrongly, perpetuating the evil committed rather than guarding against it.

In this way, the just sword of memory often severs the very good it seeks to defend. He argues that remembering rightly has implications not only for the individual but also for the wrongdoer and for the larger community. Volfs personal stories of persecution offer a compelling backdrop for his search for theological resources to make memories a wellspring of healing rather than a source of deepening pain and animosity.

Controversial, thoughtful, and incisively reasoned, The End of Memory begins a conversation hard to ignore. Get A Copy. Hardcover , pages. Published November 9th by William B. Eerdmans Publishing Company. More Details Original Title. Other Editions 3. Friend Reviews. To see what your friends thought of this book, please sign up. To ask other readers questions about The End of Memory , please sign up.


Lists with This Book. Community Reviews. Showing Rating details. Sort order. Jul 11, Dianna P. I don't remember any other book rocking my world like this one did. A complete paradigm shift occurred for me because of it. Jul 08, Jackson Brooks rated it it was amazing. Incredibly pastoral as well as philosophical. It not only builds a foundation for a theology of remembrance, but also tears down the idol that memory can sometimes become. Thought provoking and practically challenging. Jul 04, Marta rated it liked it. This was equally thought provoking and frustrating. His ideas are interesting, but he's only engaging with philosophers and theologians and not historians or archivists.

I also found him equating or confusing? There's an obvious difference between an individual forgetting a traumatic experience and a society forgetting a problematic past, but he floats between those two situations as though they're the same thing, which was both puzzli This was equally thought provoking and frustrating.

There's an obvious difference between an individual forgetting a traumatic experience and a society forgetting a problematic past, but he floats between those two situations as though they're the same thing, which was both puzzling and obnoxious. I still found his ideas worthwhile, and I appreciate his thoughts on memory as a morally ambivalent entity, which is an idea that I wished we discussed more often.

The primary weakness is that forgiveness overall is treated almost entirely as an individual act to love one's enemy--even arguing that reconciliation with the enemy is necessary for full healing -- although Volf acknowledges that this isn't always possible , minimizing the complexity and social embeddedness of others' crimes. Near the end of the book he also acknowledges that wrongdoers rarely name the truth of their crimes and addresses this major flaw with his emphasis on individual reconciliation by "reconciling" with his abuser through the act of imagination.

While reconciling within one's imagination is a helpful tool for therapeutic relief, the book fails to responsibly engage with the questions it raises about our concrete decisions in response to pervasive abusive behavior in social contexts. Egregiously missing from the book is any engagement with the most common examples of such behavior - domestic abuse, emotional abuse, etc.

A subtle implication of the book is that reconciliation in most cases should be the goal of the victim, implicitly emphasizing a victim's responsibility to be the primary agents of their oppressors' healing, to be "Christ" to them, failing to equally emphasize the perpetrator's responsibility to turn to Christ.

Volf even argues that a victim is prone to be "unjust" to their oppressor by exaggerating their crimes -- subtly and dangerously implying that a wounded person's natural rage "exaggerates" their experience so much that it can legitimately be called an injustice just like the crime - so in effect healing is only possible by the victim "toning down" their 'distorted' pain. These implications minimize the actual divide between oppressor and victim, failing to do justice to the objectively different effects of trauma on a victim, as well as the deep-rooted nature of abusive psychology and mental illness that typically leads to abusive behavior.

A responsible engagement with trauma requires a deeper engagement with the pyschology of abuse and the effects of trauma on the body - effects that aren't curable simply by an act of mental volition to remember 'rightly' - than is presented here. Similarly, Volf fails to deeply engage with the fact that our "enemies" typically benefit from a web of social relationships that support their bad behavior, so his overall portrait of forgiveness is one of therapeutic relief to the person tormented by painful memories and the perpetrator tormented by guilt.

CCHU9073 Whose Memory is it Anyway? Remembering and Forgetting in a Present-Centered World

This vision lacks practical, actionable ways to respond to violence and abuse. So overall, despite provocative and at times moving reflections, the book lacks a sustainable vision of Christian community that does justice to the nature of violence and mistreatment of others, one where the community of faith can genuinely embody a place of healing and new beginnings.

Instead, it subtly places more burdens on survivors of great evil. A better work on this topic is Gregory Jones' Embodying Forgiveness, which is a more clear and responsible approach, including similar insights as Volf within a much more practical framework.

View 1 comment. His specific goal in this work is to discuss the place of the memory of wrongs in the context of forgiveness. For Volf, the problem to be solved is the fact that, if it means anything, the Cross of Christ means that BOTH victims AND perpetrators can find forgiveness and reconciliation…not just with God, but with one another. As one would expect, theologically and ethically, this is a rather involved question. The accusations were eventually dropped, but the wounds from that experience remained. For forgiveness and reconciliation to occur, evil must be fully exposed to light.

There were a couple elements that caught me by surprise. But the claim of Christianity is that our identity is not found within US but within CHRIST…which is what makes it possible to forgive—and ultimately forget—evils and wrongs. Volf, as always is remarkably clear, remarkably well- and widely-read, and remarkably practical while not sacrificing theological depth or logical rigor.

Sep 02, Michael Austin rated it it was amazing. 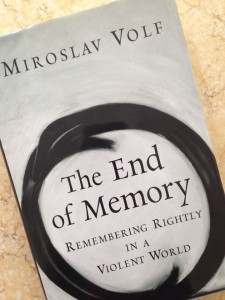 Beneath all of the rigorous theology and academic philosophy lie questions that matter and that need answers.

Against the Tide by Miroslav Volf | Koorong

Here, if I am reading correctly, is the most important of these questions: How do we stand as a witness to horrible and evil events--both historical genocide, war crimes, mass murder and personal abuse, neglect, assault --without creating the conditions that cause more horrible and evil events to occur? This is not an abstract, academic question. It is a necessary avenue of analysis for anyone trying to make sense of the cataclysmic events of the 20th century: the Holocaust, the crimes of Stalin and Mao, the genocides in Bosnia, Rwanda, Sudan, and elsewhere.

Volf experienced some of these events first hand, as a Croatian theologian living in Yugoslavia as it fragmented and produced a decade of civil war and genocide among its Serbian, Croatian, and Muslim inhabitants. These were events that, most people would say, must be remembered so that they don't happen again. But they were also events that were caused by people remembering earlier wars, massacres, and genocides.

Memory has been sold to us in the modern world as the key to preventing holocausts. And the rationale for this is rational and important.

But memory has also been the cause of holocausts. How do we remember without perpetuating the cycle of retaliatory violence. It depends, Volf says, on both how, and why, we remember. Remembering correctly is necessary, but not sufficient. We also have to remember purposefully, with the objective of healing, and, ultimately with the objective of redemption and reconciliation.

The End of Memory : Remembering Rightly in a Violent World by Miroslav Volf (2006, Hardcover)

Volf is entirely aware how dangerous it is to even suggest that victims of evil, whether of the world-historical or the intensely purposeful kind, forgive or try to reconcile with the people who inflicted the evil. He does not advocate it, or say that it is always appropriate, or suggest that anybody feel compelled to do it. But he does suggest that it is part of what it means to take the Christian message seriously.

This is the scariest, but also the most beautiful part of The End of Memory. Volf works from the assumption that Christ is real--and that this is not irrelevant to the way that we deal with difficult questions.

It means that God loves all of humanity, that people have an identity independent of their suffering, that there really is an afterlife, that the Kingdom of God is possible, and that redemption and atonement are real. He believes that these ideas are true and that they matter, which is a very different thing than believing that they are true but don't matter, because we should just go living our lives as though the otherworldly things that we believe most have nothing to do with how we should approach important thisworldly questions. 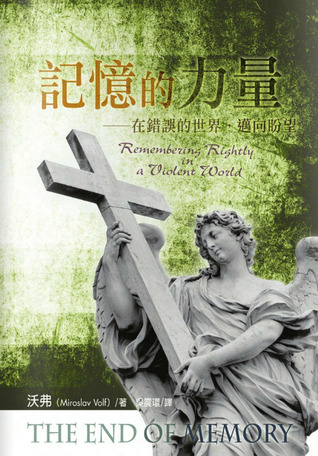 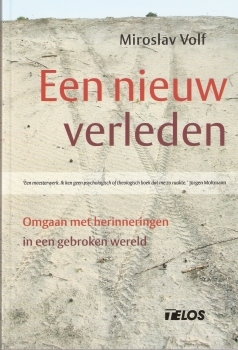 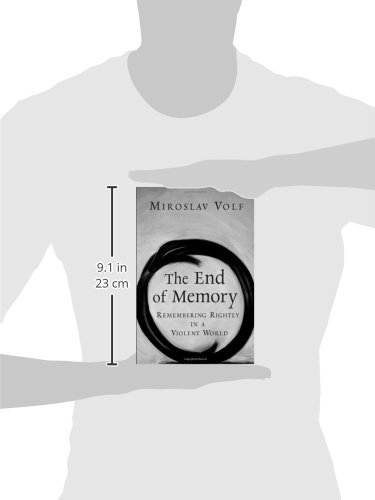 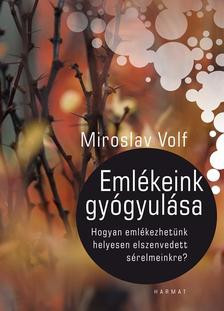 Related The End of Memory: Remembering Rightly in a Violent World